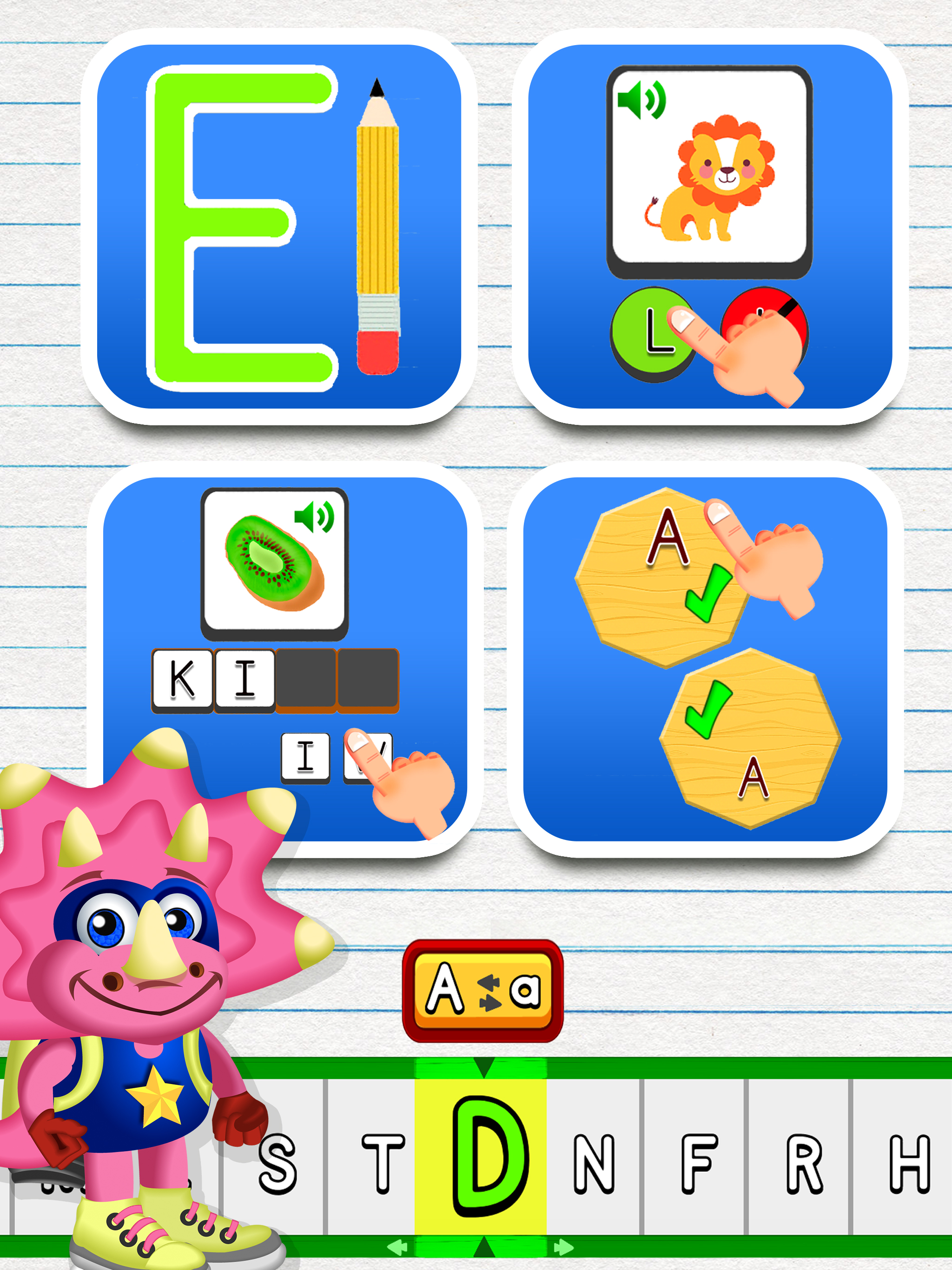 It adapts to the age of each child 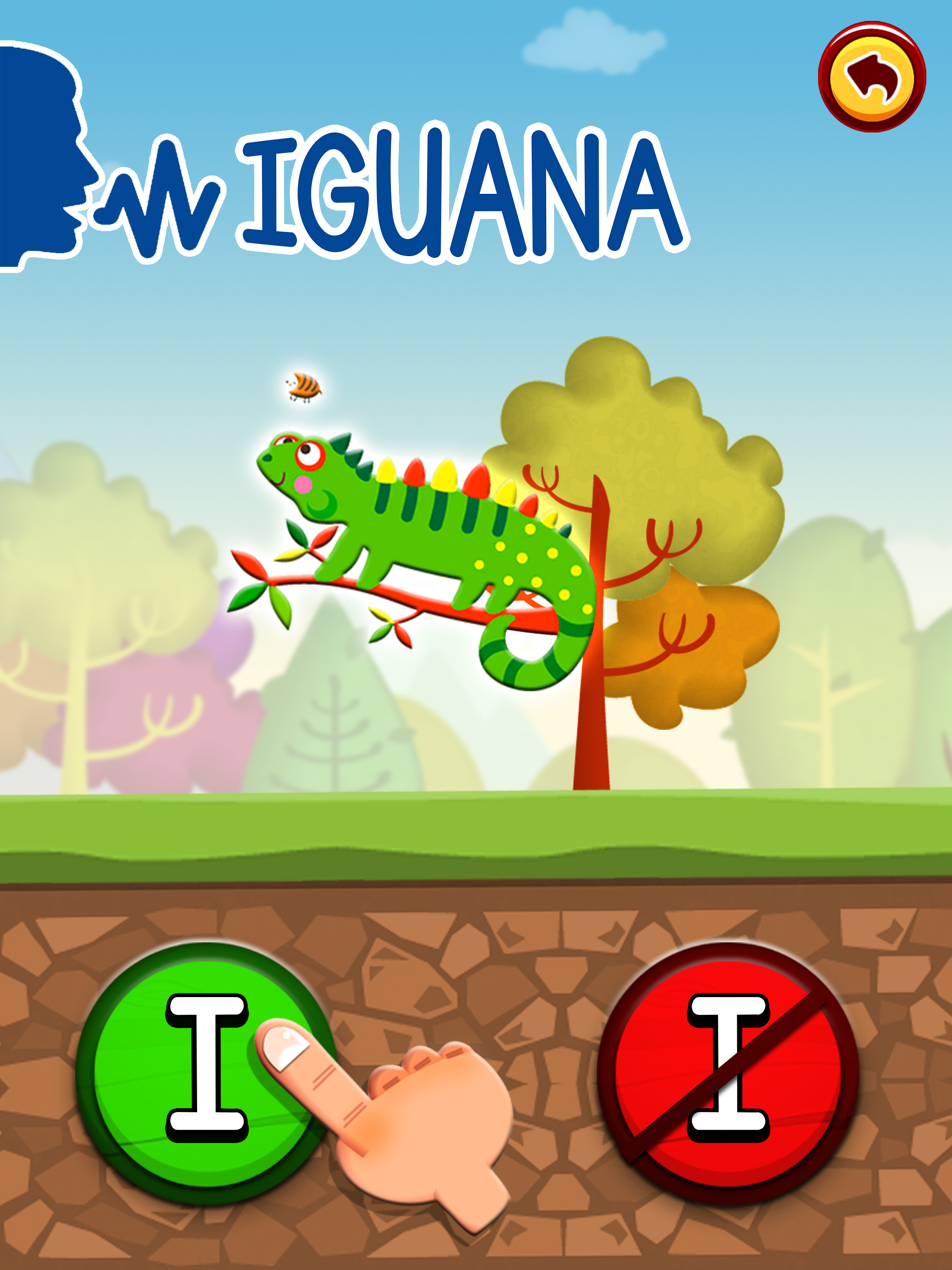 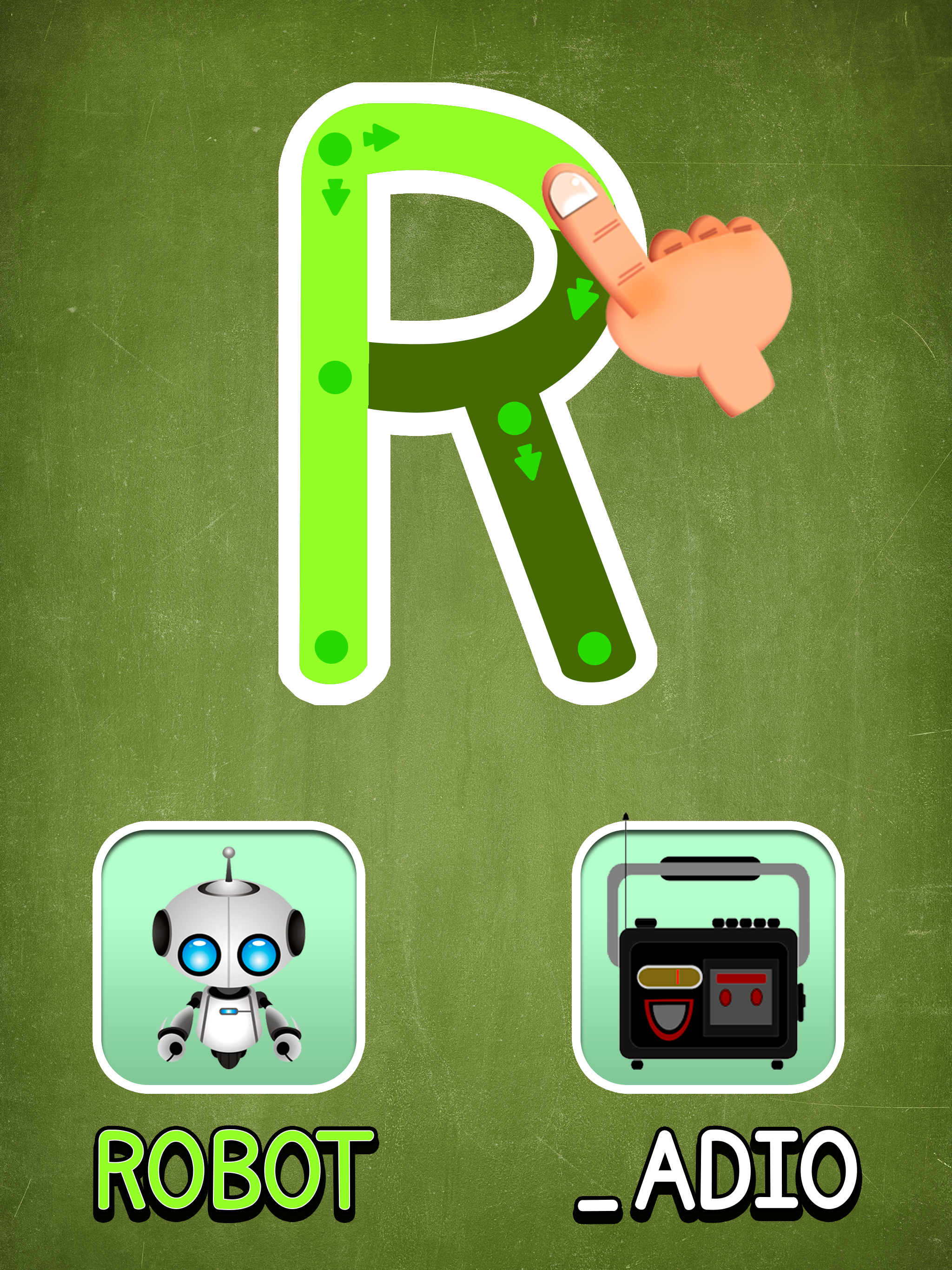 Learn the trace of each letter

ABC Dinos is an educational game for preschool kids and elementary school first graders to learn to read and write vowels and consonants.
It adapts to each child’s age group, allowing them to choose the letter that they want to learn whether in uppercase or lowercase.

✓ OBJECTIVES
★ Learn to read 📖
★ Visual and auditory memorization
★ Discrimination of vowels and consonants 👂
★ Discrimination of the letters of the alphabet
★ Improvement of understanding
★ Learn to draw the outline of all the letters of the alphabet (vowels and consonants). ✍
★ Expand vocabulary with: animals, professions, objects, clothing, nature, etc. 🚗 🚕 🌅 ✂ 📐

★ WRITE THE LETTER
In this educational game the kids have to draw the shape of each letter. As a prize they will receive an image that begins with that letter. They can choose the preferred mode of writing: joined up or printed handwriting. At the same kids will also have the possibility to trace each letter of the alphabet in uppercase or lowercase.

★ WORD FORM
This activity consists of the formation of level-appropriate words by dragging each letter to its corresponding place. And since we know that this quite difficult, we will help the little ones by changing the shape of each letter as if it were a puzzle piece that fits in. In this way all children, regardless of their age, can progress with word formations and then go on to expand their vocabulary and begin to learn to read.

★ WHERE ARE THE LETTERS?
This is, without doubt, one of the most fun learning games in our APP. The child has to find the matching letter of the two cards as quickly as possible. This game aims to strengthen visual recognition of vowels and consonants.

★ WHICH LETTER DOES BEGIN WITH?
In this activity the kids will hear a word and see its picture. They have to guess the letter that the word begins with. The auditory recognition of each letter of the alphabet and the expansion of their vocabulary are the two main objectives of this educational game.

✓ ADAPTS TO YOUR AGE
At the beginning of the game it will ask about the child’s level so you don’t need to worry if your son or daughter doesn’t yet know how to read or write. It adapts to their learning level and you can choose which letters you want to work with and repeat at any point.